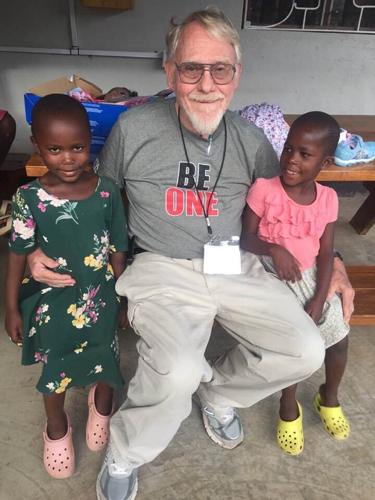 Dr. Eugene Shively, a Campbellsville resident, smiles with twins he and his wife adopted during a medical mission in Kenya. 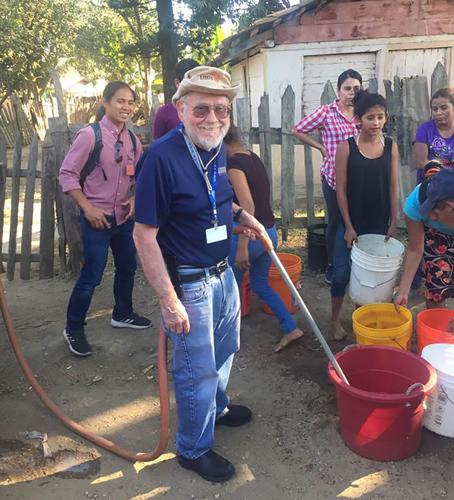 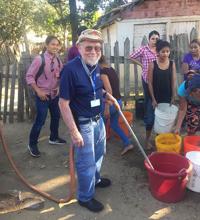 Dr. Eugene Shively, a Campbellsville resident, smiles with twins he and his wife adopted during a medical mission in Kenya.

Armed with a scalpel, antiseptic and scripture, Eugene Shively has been able to heal and help plant seeds of faith in patients for the last 50 years.

“I originally thought I wanted to be a minister, but I’m not very good with language and words,” Shively said. “But I liked science and I felt a calling to become a doctor.”

Graduating at the top of his class from Campbellsville High School in 1962, Shively immediately began college at the University of Louisville followed by medical school and post-graduate work.

After gaining his M.D., Shively continued his education, interning in University of Cincinnati affiliated hospitals and taking up residency in general surgery at the University of Louisville Hospital.

Working his way up the ranks, Shively studied additional sub-specialties in GI endoscopy, cardiovascular and orthopedics, eventually landing as the administrative chief resident at U of L in 1977.

Despite spending nearly 15 years in higher education, Shively said he would do it all again in a heartbeat.

“It was a calling for me,” Shively said.

A decade later, Shively had risen to chief of staff, retaining that role for an additional 10 years.

Although he already had completed his required studies, Shively continued to search for new treatments and medical advancements to provide the optimum care for his patients.

“When I graduated medical school, there were probably maybe 250 drugs that were worthwhile. Now, there’s 250 drugs coming out every year,” Shively said. “We have had great success finding new cures and treatments for things like cancer and AIDS. Using immunotherapy and chemotherapy, we have some patients that have had metastatic lung cancer who are now disease free.”

With the birth of life-saving drugs come life-altering costs, an issue near and dear to Shively.

“Our system has evolved into a for-profit system. There shouldn’t be people out there making money off of sick folks,” Shively said. “You know, if somebody comes in the middle of the night, our goal is to take care of that patient regardless of finances. It used to be that professionals like doctors, lawyers, clergy, those that had higher, special education were there to help other people regardless of ability to pay for services. We’ve essentially lost that concept of professionalism in America, particularly in medicine. The system is broken.”

In addition to his medical pursuits locally, Shively has been on 21 medical missions from Central and South America to Africa.

Completing his first mission trip to Jamaica in 1987, Shively was hooked on helping abroad.

“From a medical standpoint, the most exciting medical mission trip was to Togo in West Africa in 2003,” Shively said. “Since then, I’ve been to Africa about six times, but I will never forget what I saw in Togo.”

A largely eradicated disease in developed countries, typhoid was rampant in Togo.

“I had never seen typhoid before and we were operating constantly,” Shively recalled. “We did 24 operations. Twenty years ago, we always thought of Africa as being a place where people really need care for infectious disease, but malaria is still the leading cause of death. The third leading cause of death in Africa is a lack of surgery and that’s where we come in.”

Despite the horrific conditions, Shively has returned time and time again to serve medically and spiritually.

Shively has since retired from surgery, but is still deeply rooted in the community.

“We spend more money than any other place in the world on healthcare, approximately $4 trillion, yet other wealthy countries in Europe, Canada, Australia and Japan have better results,” Shively said. “There is so much money wasted that we could be using to make sure that everyone gets good care. We have made medicine extremely complicated by adding administrators into the mix and issues with insurance. That’s why most doctors don’t work for themselves anymore because it’s so complicated.”

Unafraid to rock the boat, Shively frequently teams up with other professionals to discuss hot topics, often crossing into political territory.

“I don’t want to poke the pharmaceutical industry too bad, but the prices are out of control and it is essentially an American issue,” Shively said. “These drugs don’t cost that much in other countries, and I realize that the drug companies are using money to do research for me, doing really amazing scientific things, but we are putting more value on a drug than a life.”

Trading his scalpel for a microphone, Shively has no intention of staying silent.

“We need to talk about what is going on now and that’s what I’m trying to do.”